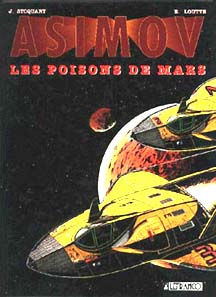 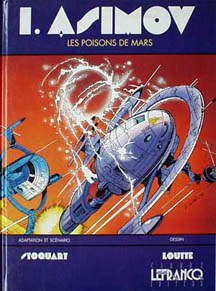 Curiously, the same book was adapted in comic-book form again, this time in 1992 in the traditional graphic novel hardcover format by short-lived Belgian publisher, Claude Lefrancq.

This time, the name of Isaac Asimov was prominently displayed on the cover. For whatever reasons, the title was changed to Les Poisons de Mars (The Poisons of Mars). The writer of the adaptation was well-known comic writer Jacques Stoquart; the artist was E. Loutte.

The same book was reprinted with a different cover (right).