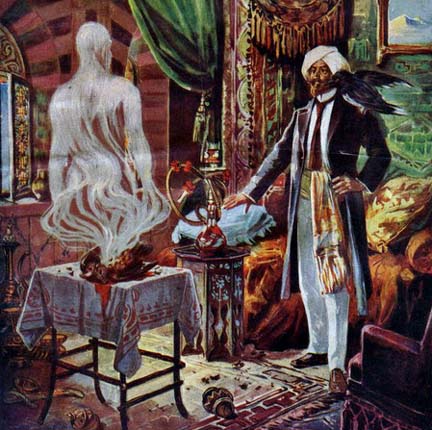 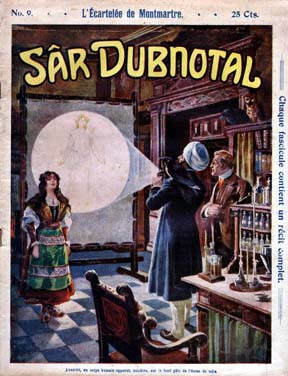 Of all the pulp serials launched in France in imitation of the popular dime novels, the "Sar Dubnotal" series, created by prolific adventure writer Norbert Sévestre, and published by Eichler in 1909-1910, was the only one to embrace a full range of larger-than-life super-heroics.

The Sâr Dubnotal was the "Great Psychagogue", the "Napoléon of the Intangible", the "Master of Psychognosis", the "Conqueror of the Invisible". He also used the aliases of "El Tebib" (meaning the Doctor in Arabic), or merely that of "the Doctor", implying that he was a learned master of the occult.

In spite of his stylish oriental guise, Dubnotal was in fact a western man, who had grown in the Rosicrucian tradition, and then had learned the ancient secrets of the Hindu yogis, and had mastered their fantastic paranormal abilities. Dubnotal was capable of telepathy, lévitation, and hypnotism. In spite of its beautiful covers, the series, which was probably ahead of its times, lasted only twenty issues.


Many thanks to Marc Madouraud.