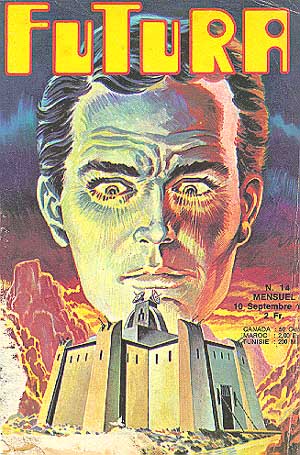 Jaleb was accidentally left behind on Earth by his parents, members of a Galactic Federation of telepathic races.  Adopted by the Jellicoe family, Jaleb grows up to become a telepath, unaware of his alien origins.  He eventually stumbles upon the existence of alien observers from the Federation on Earth.  He then embarks upon a quest to find his people, crossing paths with other Earth-born telepaths and fighting crime.  Reunited with his people, Jaleb becomes involved in a civil war between the "Legalists" (led by the powerful Brandon Muir), who are against equal rights for non-telepaths (dubbed "underpeople") and the "Idealists" (including Jaleb's girl-friend, Xani), who support their struggle for equality.