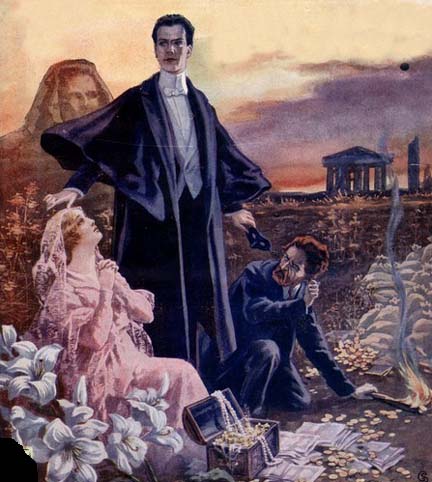 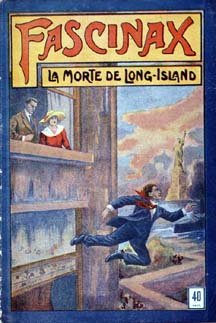 Fascinax! A name synonymous with overpowering will! Supreme good! Superhuman power! Fascinax! Protector of the weak, avenger of the oppressed, terror of villains and evil-doers! Such was the introduction to Fascinax, a lesser-known French crime fighter created anonymously and published by the Librairie des Romans Choisis in 1921.

Fascinax follows in the footsteps of the Sar Dubnotal. Both are detectives of the occult, investigators of the supernatural, in the tradition of William Hope Hodgson's Carnacki.

Fascinax is George Leicester, a British MD residing in the Philipines, who helps Hindu yogi Nadir Kritchna come back to life after having been put to death for a crime he did not commit. To thank him, the resurrected yogi takes George into the jungle and, in a mysterious temple, makes him undergo various mystic rituals which confer upon him supernatural powers. George then uses the alias of "Fascinax" to fight evil, starting with Kritchna's green-eyed nemesis, the superhuman Numa Pergyll and his henchman, Franz Krypfer.