Cheri-Bibi is yet another fantastic hero created by Gaston Leroux, "father" of Rouletabille, Erik (a.k.a. The Phantom of the Opera), and Balaoo.

Cheri-Bibi is the nickname of a young butcher's apprentice gifted with extraordinary strength. In the first novel, Cheri-Bibi is framed for the murder of his boss, Mr. Bourrelier, who is also the father of his fiancée, the beautiful Cecily. The hapless hero is sent to Devil's Island while Cecily marries Maxime du Touchais. With the help of fellow convict La Ficelle, Cheri-Bibi takes over the prison ship. Later, they come across Maxime, whose yacht was shipwrecked. Thanks to Dr. Kanak, a prodigious surgeon, Cheri-Bibi literally swaps faces with the dead Maxime and hopes to start a new life in France. However, fatality strikes when Cheri-Bibi (who now looks like Maxime) discovers upon his return that Maxime was the real murderer! So he now wears the face of the assassin for whose crime he was convicted! He is caught and sent back to Devil's Island.

In the second volume, adapted from Leroux's own script for the movie serial, La Nouvelle Aurore [The New Dawn], Cheri-Bibi escapes from Devil's Island with another convict named Palas, who was also framed for a murder he did not commit. As Raoul de Saint-Dalmas, Palas lives a happy life, married to Françoise de la Boulays, and assisted by Casimir, a.k.a. Chéri-Bibi. But the real murderer, the Count de Gorbio, finds who Palas is and strikes back. Cheri-Bibi defeats de Gorbio, but in order to prove Palas' innocence, he must come out of hiding and again forfeit his freedom.

The last Cheri-Bibi novel is a political-fiction narrative in which Cheri-Bibi's illegitimate son, Jacques du Touchais, a.k.a. the Subdamoun, is a charismatic political and military figure who tries to overthrow the Government and is arrested. In order to save his son from the guillotine, Cheri-Bibi (now hiding under the identity of Papa Cacahuètes [Father Peanuts]) is forced to intervene. In the end, Jacques learns the true identity of his father and renounces his mad ambitions. Cheri-Bibi leaves for America. (In the serialized version, the action took place not in France but in the fictional middle-European republic of Stasia.) 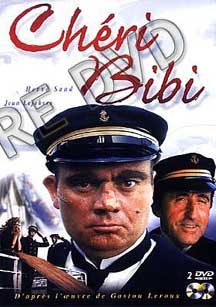 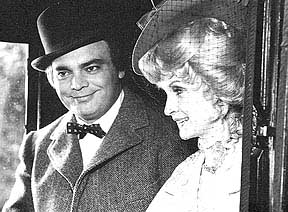 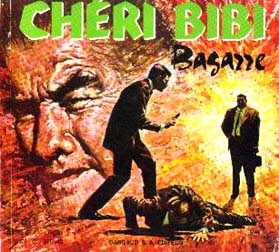 Chéri-Bibi
Wri: G.-A. Leroux; Art: Bernad.
Story/Note: In 1951, artist Regino Bernad drew a daily comic strip adaptation of Gaston Leroux's Balaoo for the daily newspaper France-Soir. For 15 years, also for France-Soir, Bernad drew the Cheri-Bibi daily strip, also based on a series of novels by Leroux, featuring the adventures of the eponymous convict. The Cheri-Bibi strip was written by Leroux's own son, G.-A. Leroux. It comprised a total of 4462 strips. One collection, Bagarre [Struggle], was published by Dargaud in 1968.